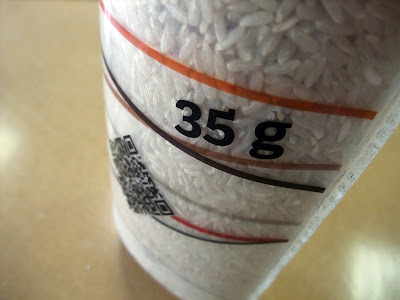 Today I will present you the thesis project of my 4th year in Industrial Design.
With a short explanation first, then a video of the making of and finally how it evolve today (slowly but surely) 🙂

// Packaging as a lever for change

The reflection on this project started with this: we are in a period of great change, the general awareness of the economic/ecological world (infinite growth in our finite world is unsustainable) is underway and this results in a significant change in the demand.
The industry is adapting its bid accordingly, but it is still scarce, its pace slow  or is sometimes just a «green-washing», and no one benefits of this inertia. My goal is to try to meet these new expectations. Hoping to influence the whole. Is not improving the world the designer’s objective ? What can I do at my level ?

What caught my eye first was the waste problem. But when I attended a conference of the CNIID (National Center for Independent Information on Waste), I realized one thing: once again we tend to adress symptoms but we neglect the problem that is at the origin.
Instead of blaming the consumer, telling him to buy better, and recycle better -he must be educated, but-what about going straight to the source of the problem ? That is before recycling or selling packaging: at is designing stage. Trying to anticipate the consequences. That is the role of the designer.

Today it’s an unescapable reality: every product come with a packaging or is even over-packaged… But the stakes are not only economic or material, they are also social, and even about health. Packaging is at the heart of our habits, society and its mutations. Packaging and society are influencing each other.
It’s still a current major problem, therefore it could be a powerful lever, and taking support on the recent changes (consumers’ awareness, laws, growing material cost, and so on…) it’s the perfect time to reconsider the packaging paradigm.

After exploring many ideas, from very specific small improvement of existing products, feasible now. Or even pursuing some utopian ideas…
Amongst all my ideas, even if they bring something, none met the ambition I wanted to achieve in terms of impact. Because as Emily Piloton said in her Design Revolultion Toolkit (pdf) «minimize the negative impact is not sufficient, we must go beyond and maximize the positive impact».

Yet I felt that the solution was not far away.
I stepped back to reconsidered the whole elements. Finally, thinking back about what Ezio Manzini said in a lecture about designing for social innovation and sustainability, the solution began to emerge.
As he said: «the next economy is not an utopie, it is here today, growing in the framework of the old economy. What we have to do is to recognize it, and to what we can to encourage it».

Regarding the packaging, this ideal model is when we buy things in bulk (« en vrac » in french). Wich means already a minimum amount of package.

Considering the many trends/signals, this system appears as a possible way forward consistent. If the bulk sales had declined with time, today this practice grows and could even be in the future a necessity. So we can already prepare for this change, to encourage the return of this model…

(example with this experience at Asda : New dispensers cut packaging by 96,3%)

If products are less packed, they usually come from nearer (these mandarins are the opposite example) therefore require less protection. And can indirectly supporting a local production.
Without the cost of a conventional packaging (5 to 40% of the price), we can get products at a lower cost and / or higher quality.
Moreover you can buy only the amount needed (even a portion will be at wholesale prices).
And maybe encouraging you to cook more or try new things.

Consequently it appear to be an interesting model socially, but also from an environmental or economical point. Thus corresponding to the well-known three pillars of sustainable development.

As they say « bread and butter » (without packaging)

The first thought was to seek to « educate » the public via a communication, display, or whatever. We could justify this… but no, after all the packaging is my original subject.
Packaging + bulk, there is something to do ?

After months of research, between previous ideas, the entry point of the « content » (which packaging for liquids, solids, powders, etc.?), and all I could learnt.
Its as if I just had to connect the dots in the right order. 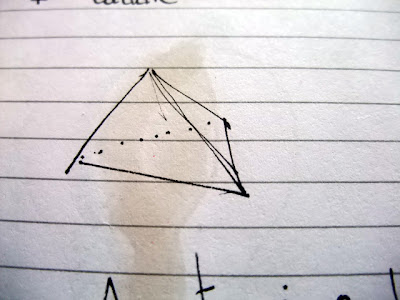 The initial shape of the concept, the tetrahedron, comes from previous research in biomimetics, with the rediscovery that it’s the form which is the best optimization of a surface needed regarding the volume it contains. According to the observation of seeds notably (e.g. asknature).

On the other hand, observation has shown that if buying in bulk is good, it’s not always practical. Mainly because of disposable paper bags.
Indeed there are relatively fragile, sometimes complicated to fill (it’s quite a mess if you’re not used to).
At the checkout they will open them to see what the product is (unless you’ve noted the reference on each) and close them again.
And when back home (hope it wasn’t raining) you will have to transfer the content in a jar, a box, etc.

Employees of the store was well aware of that, and at the question « are people bringing sometimes their own container? » one told me that « Unfortunately not. Few people reuse the bags and only one of them brings his boxes ». But she told me that many employees use a tupperware when shopping here.

How to make this easier / generalize this use ?

So I did the same, I bring my box and the experience allowed me to see that nothing had been designed with this in mind…
We are indeed obliged to weigh the box before to fill it, to note the weight on a paper (there I let you imagine the chaos if everyone did that) and then do the subtraction at the checkout (fortunately this operation is quite fast).

So, it may seem silly, but if the packaging shows its empty weight (to avoid having to weigh before, note, etc) it could be so much easier. And with a standard weight, we could go even further in the simplicity.

So there was indeed something to do. While trying to answer these constraints that I added myself:
Technique: self-supporting volume, foldable, resealable
Usage: identification of content, easy filling, daily usage, integrated with the checkout system, easily transportable
Identity: pleasant, attractive (it’s preferable…), different from the disposable solution, recognizable, claiming its status (proud to buy in bulk).

As they say 1% of work is the idea, then remain the 99 others percent.
The whole story would be long to explain, so I made this short video that attempts to summarize the last 3 months of iterations in a few minutes

With the school we had a small budget to print a poster of 2 meters by 1m50, that I used to make a summary of the main advantages of this project (now as a flyer).

The version inspired by the Paul Smith’s evian bottle was very liked, I should ask him if it is possible to use it for real… ^^

Finally, in terms of potential, the project is for people already involved (as for the reusable bag, a dozen cycle is enough to make it more attractive than disposable bags). But also and above all, the others that these packaging could attract and motivate to buy in bulk. Because this time the gain compared to conventional packaging is huge.

Furthermore, note that virtually all products go through a stage « in bulk » in the industry before being packaged at retail, thus in theory all products could be sold in this way…
It’s just an idea, but in that sense I explored some possibilities for the stores, which could be redesigned to put the dispensers in the center, not in a corner.
That’s why we see some dispensers arranged in circles (or in wave maybe), and a sort of rack for the V.R.A.C at the end of the video. 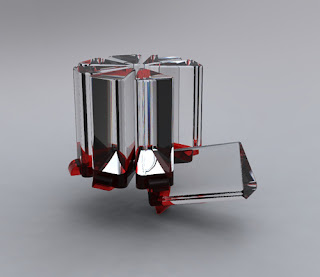 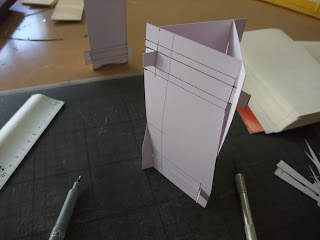 We lose time for correcting the weight at hand, but it’s offset by the fact they have not to open each bag (especially when someone shows up with 20 bags…). So if the barcode system (for an automated correction) would be adopted, it will run smoothly.

In fact even a standard barcode could work, with a « dead weight » (a negative reference), but the 2D barcode would have the advantage of directly giving an instruction to the machine, which would make less work for the store and permit to use the same packaging elsewhere.
An embedded RFID chip would have been practical to count the number of reuse, for example, and apply a discount based on that, like the experiment conducted at Asda.
But since it can work with a qr-code, simplicity win. 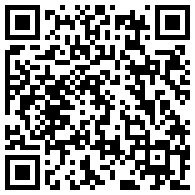 Small thing to know: left, a « data matrix » code and right a « quick-response code » which can contain much more information.

As always my goal was to develop a project « for real », so even if it was for the school I will pursue it of course ! 🙂
Especially seeing the positive reactions of many people to whom I showed or made test this project (customers, employees, or even stores’ managers).

Patented designs: ok.
Finding a manufacturer: found !
It was a bit tight at the end of the diploma, but the database established at that time allowed me to find one not far where I’m this year. 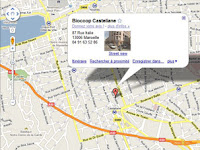 A website is also under construction (here vivelevrac.com), it will serve to promote the way of buying in bulk (since the project depend of this market ecosystem) by explaining the advantages of this practice, where to find a store near you (or add a location), and eventually to sell these V.R.A.C.

For the moment they are still patiently assembled with a soldering iron… The prototypes #11 #19 #20 #21 and #22 are thus came into circulation in late September. 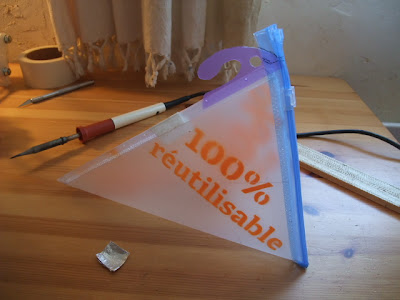 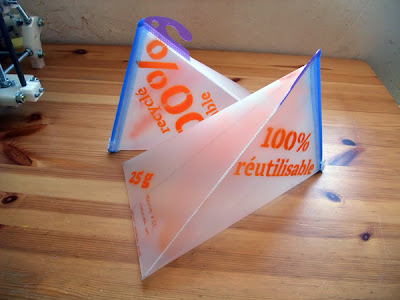 You will see the evolution of this project on Flickr here (when I’ll finish to upload all the pics) and on the blog with a new tag « vivelevrac« .